Where did all the water go? Dehydration occurs when the body loses more fluid than it takes in, resulting in insufficient water and other fluids to perform normal functions. Severe dehydration can lead to changes in the body’s chemistry and kidney failure which may be life-threatening. This article will focus on issues that can be recognized by direct support professionals and discuss ways to prevent dehydration from becoming problematic.

Who’s at Most Risk?

Anyone may become dehydrated, but young children, older adults and people with chronic illnesses are most at risk. The most common cause of dehydration is inadequate fluid intake. It is important to be aware of and stop those processes that result in the loss of water from the body and to replace fluids regularly. Our bodies require approximately 2 to 3 liters of fluid per day, which must be replaced by the water found in the foods and beverages we consume. Several normal body functions result in a net loss of water from the body, including sweating, urination, defecation, and loss of water vapor due to respiration.  On average most people make (and swallow) approximately one quart of saliva per day. Individuals who lose saliva through drooling have an enhanced risk of dehydration. The rate of fluid loss can be enhanced, sometimes dangerously, by vomiting, diarrhea and excessive sweating. When a person complains of thirst, he/she may already be mildly dehydrated.

Don’t Contribute to the Problem

Supporters may inadvertently contribute to the problem by taking steps to combat those little things that make day-to-day life somewhat unpleasant. Medications to combat drooling and withholding fluids for several hours before bedtime are two practices that can lead to an enhanced risk of dehydration.

Drooling may be improved by having the person work with a speech pathologist to treat the root cause of the problem instead of eliminating the symptoms. Swallowing saliva also has a positive effect on the GI tract, reducing the concentration of the gastric contents and helping them to be flushed from the esophagus back into the stomach. Encouraging fluids earlier in the day and using a nighttime toileting schedule or incontinence briefs can combat bedwetting without depriving the person of essential hydration.

“Dehydration is an extremely common finding in individuals seen in the emergency room. Recognition of the problem is the first step to taking action to reverse it.”

Medications to Watch Out For

There are several medications that can increase the loss of water from the body. Many of them are available over the counter and are frequently used by many people. Prescription medications can also facilitate the problem. Diuretic medications are most often used to reduce blood pressure, decrease edema (swelling) or reduce excessive pressure in the eyes. Very simply stated, these medications cause elimination of excess fluid via the kidneys. Medications with anti-cholinergic properties perform a variety of functions by blocking different targets in the nervous system, either intentionally or as a side-effect. These medications include those that are taken for allergies, congestion, diarrhea, dizziness, urinary urgency/frequency, muscular relaxation, movement disorders, dementia, and psychiatric purposes (just to name a few.) Many anti-cholinergic medications are associated with an enhanced risk of dehydration. It is important to educate people you support who take these medications and their support staff to be aware the side effects of these medications.

Dehydration is an extremely common finding in individuals seen in the emergency room. Recognition of the problem is the first step to taking action to reverse it.

Early signs and symptoms of dehydration – teach supporters to monitor for the following:

Signs of more severe dehydration can occur rapidly under the right circumstances and should immediately be brought to the attention of a licensed health care professional: 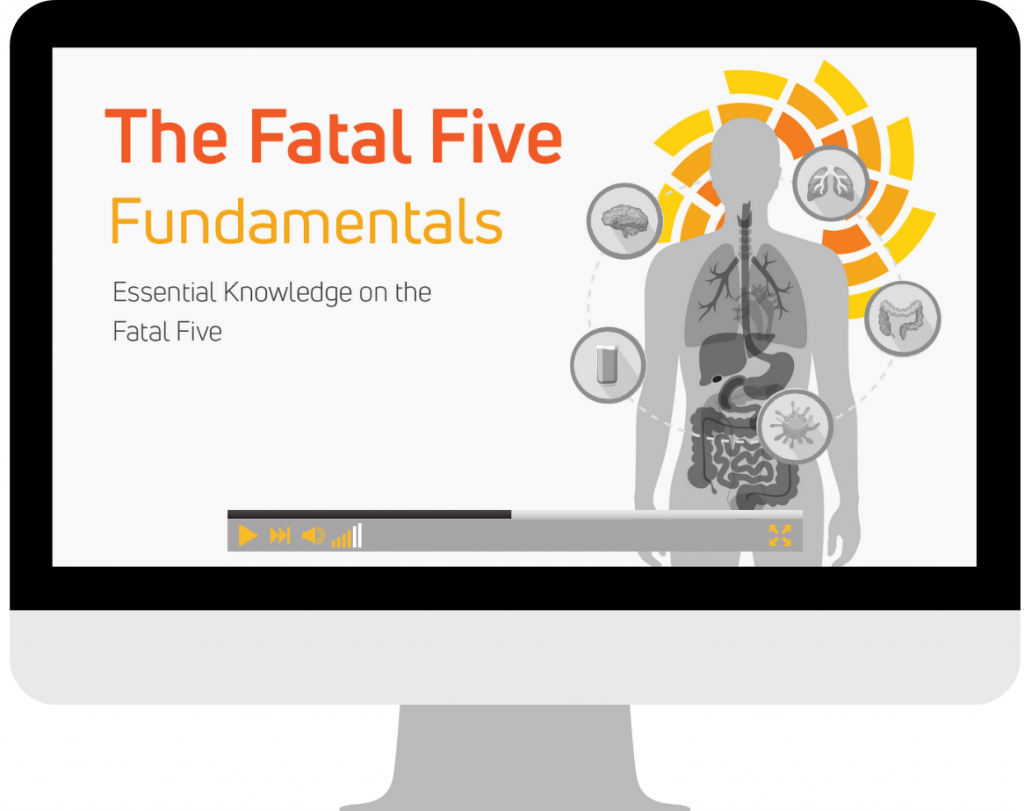 Learn More
What are the 7 Life or Death Training Modules?
What is the Training Result?

Water is the best source of fluid when it comes to re-hydrating the body. Many fruits and vegetables also have a high water content. Other liquids provide water, but often with one or more consequence attached. Milk and liquid dairy products contain protein and other nutrients but can add to the caloric intake of individuals who have weight problems. Juices have vitamins and, in some cases, fiber, but may be a source of excess sugar. These can be useful sources of fluids but calories and sugar content should be taken into account when they are consumed. Coffee, tea, sodas and other soft drinks may contain caffeine and/or excess acid, both of which may contribute to dehydration. Alcoholic beverages have a diuretic effect. These beverages should NOT be counted on as hydrating fluids. In fact, additional fluids (preferably water) should be consumed along with them.

For those who just don’t like to drink fluids, things such as popsicles and gelatin have high water content which can help increase water intake.

In a case where dehydration is severe, symptomatic, or where a person simply won’t consume fluids orally, intravenous fluids may be necessary. If someone consistently refuses fluids, notify your nurse or healthcare provider.

It is important to educate individuals and/or their supporters about the effects of medications that may contribute to dehydration. They should be given information about:

Being aware, knowing the early signs, understanding how to prevent it and acting if you see it goes a long way to reducing the risks associated with dehydration and can help “replace risk with health and wellness” in those you support.